Well, it’s been a long time coming (three years, in fact) since our last album came out. But the day has finally come for These Are The Days to be released and we are just so overjoyed about it all.

As of this morning you can buy a download of the new album on our Bandcamp page. If downloads aren’t your thing and you’d rather have the physical CD then head over to our webstore where you’ll receive a brand spanking, new, round, vinyl Colorway sticker with each and every purchase!

While we know lots of people just stream music these days (including myself) you have the option to listen to our music on Pandora, Amazon, Spotify, iTunes and lots of other streaming sites. We’d love it if you did listen to us that way to maybe share us with a friend, tell a co-worker or just yell out your car window “Colorway rocks!” That would be so cool.

We put a ton of work into this album and we hope you hear it when you play it. Myself, Matt, Riley, Danny Bernini and Chris Collingwood went all out to make this something special and I couldn’t be more proud.

Even Jodi, my wife, provided the new background artwork you see above and is in the inside of the album and on our website. And the estimable Julian Parker-Burns provided our new (and now ubiquitous) band photo. Tom Pappalardo did a great job with the layout as per usual.

It takes a village, they say. And this village dweller thanks everyone who came together to help make it happen.

The lyrics are up on the website and for those of you who buy the download but would like the credits and liner notes and all the extra artwork head over to the These Are The Days EPK.

You can read a fantastic review of the new album here by Eric R Danton who has written for Paste, Pitchfork, The Wall Street Journal and Rolling Stone.

There’s a list of local music stores at the end of this email as well where you can pick up the new album in person. It’ll be $10 no matter where you go and that’s what we’re charging at the shows. We think it’s worth it and hope you do too.

We will be celebrating the release tonight at New City Brewery in Easthampton, Mass. It’s located right behind the Eastworks building at 180 Pleasant St (directions here). There should be plenty of free parking for your convenience.

If you’d like to purchase advance tickets head over to Laudable Productions. We’re hoping there will be tickets left at the door but you never know. Tickets are $12 either online or in person.

The show starts promptly at 7:30 with an amazing new supergroup: Easy Weasel. This trio features none other than Chris Collingwood (from Fountains of Wayne/Look Park) as well as Rick Murnane (Group Deville/The Prestons) and The Glad Machine’s Brad Thayer.  They promise to bring you a set of “throat rock” and kick it with guitars, keys and mucho vocals. It should prove be an amazing confluence of talented dudes, indeed.

Colorway will go on shortly after that (around 8:15) play a chunk of tunes from our first two albums followed by the new album in its entirety. We’re aware it’s a school night so we’re gonna try and keep things from going past 10pm. But if it gets rowdy we are gonna have to flow.

There will be creative southeast Asian food available from Little Trúc and New City Brewery will have their famous ginger beer (both alcoholic and non) as well as plenty of other options for your drinking pleasure.

And just so you know, this show is all ages. That is so damn cool that I wish I was 17 again.

We hope you can be there and we’ll be so happy to see you if you can make it. Thanks, as always, for your support of what we do.

We’re gonna be on the TV!

Also today (Thursday) tune in at 11am EST to WWLP-22 (channel 822 on Xfinity) to watch the band play “Always Been Summer” on Mass Appeal.

We had a great time filming three tunes at the studio the other day. The host with the most on the whole east coast, Danny New even got his shot as frontman. Good to know I have a sub in case of emergency. 🙂 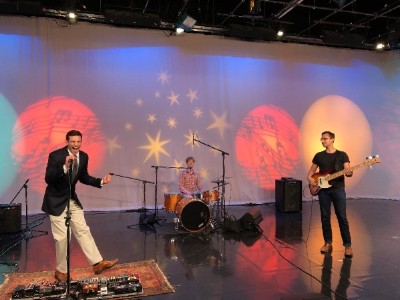 And I took part in the Father’s Day forecast. Let’s call it my fifteen seconds of fame. 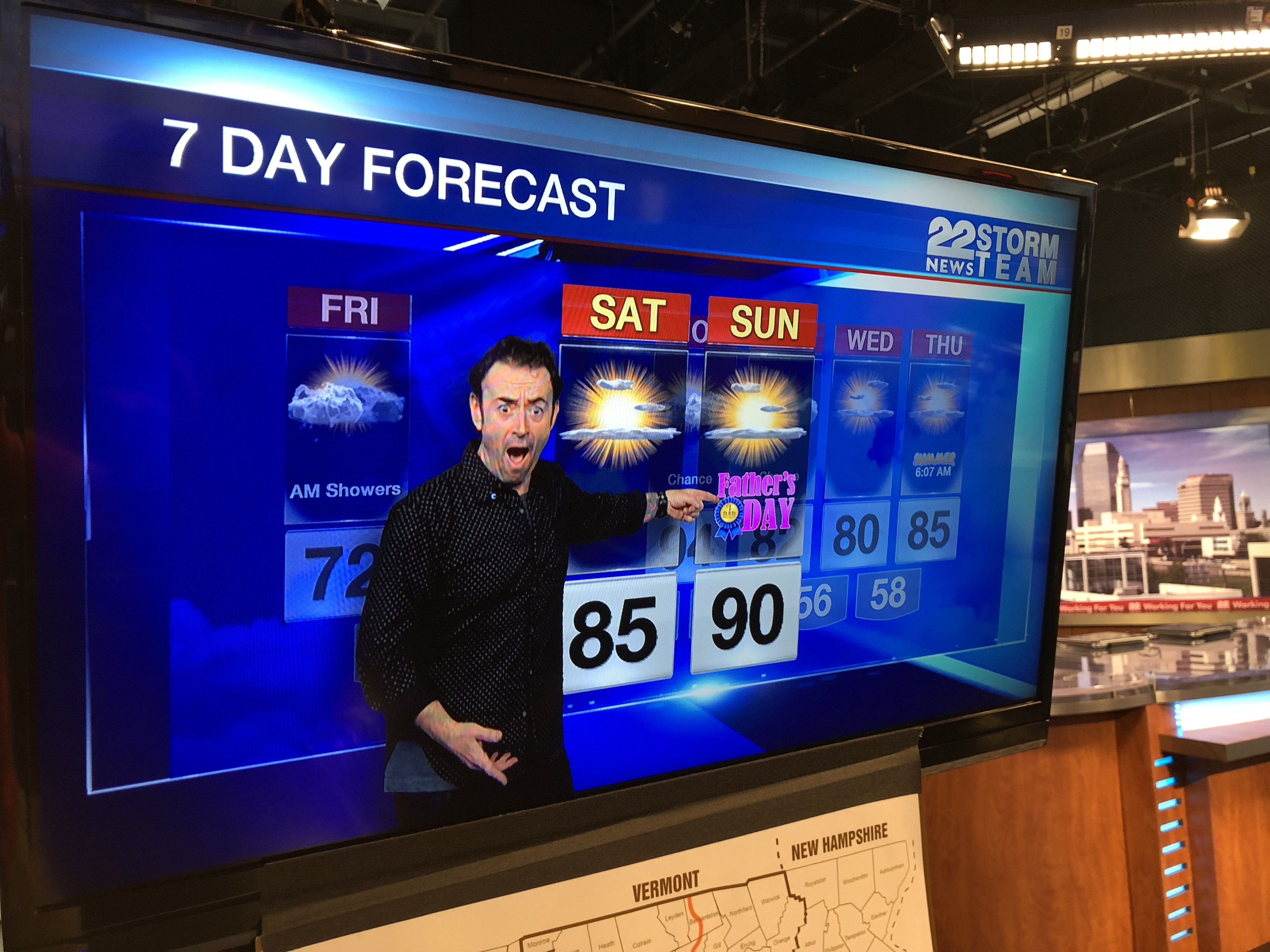 Anyway, if you want to catch the band performing tune in or set your DVR to record WWLP Channel 822 from 11-noon EST.

We also recorded “Come Back July” and “Keys To The Kingdom” which will be shown on another date. I’ll be sure to keep you posted on that via our Facebook, Instagram and Twitter pages.

And that about does it, gang. Really, really excited to share the new album with you. I’ll include some quick quotes from recent reviews at the end of this.

Hope to see you tonight for the big show. If you can’t make it but felt like sharing this email or even just the event on your FB or Twitter page that would be aces.

As always, more info on our upcoming dates and more are all over at www.colorwaymusic.com

Rock on and believe in the power of music. Sometimes, in this crazy world, it’s the only thing that makes sense.

“These Are the Days shows Colorway’s breadth, without stinting on depth […] a rock-solid collection of songs with catchy hooks, taut riffs and hard-won wisdom.” –Eric R Danton, Listen, Dammit(Paste/WSJ/Rolling Stone)

“Their third album is their strongest yet . . . songs you want to drive to on a summer day . . . songs to put a smile on your face.” —Lauren Daley, Southcoast Today/The Boston Globe

“Alex’s guitar playing is exceptional, and the whole vibe is positive and fun–well done!” —Morgan Fisher, Mott the Hoople/Queen

Remember, our music is available at www.colorwaymusic.com on CD and 180gram vinyl (for The Black Sky Sequined) and any of the following valley stores. Thanks for shopping local: