I was recently contacted by Masslive.com’s Shaina Mishkin regarding the recent passing of music legend, David Bowie. Shaina  had seen Colorway’s version of Bowie’s “Diamond Dogs” from a concert we were part of in 2015 celebrating his 68th birthday. She asked me a little bit about why we picked the song and how his music had influenced me.

Here’s how it went: 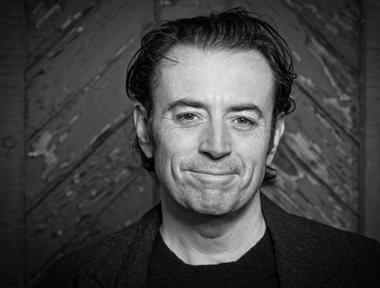 “When you get asked to do one of those things, you know the good tunes are going to go early,” Johnson said. “I wanted to do ‘Let’s Dance’ because that was my era. ‘Diamond Dogs’ was a strange pick, but I thought the swagger of that song in particular was just undeniable. It was fun to play, it’s a ‘Stones-y’ sort of groove and I knew no one else was gonna pick it.”

Johnson said he and his friends got into Bowie’s ’70’s-era music in his late teens. Among a 1980’s musical landscape of bands like U2 and R.E.M., Johnson said, Mick Ronson’s guitar and Bowie’s songwriting resonated the most.

“His style is so wide, such a wide color palette,” Johnson said, on Bowie’s catalogue of songs. “It’s almost as if instead of being a songwriter he was a movie director, and each record was a movie. Every movie is different content, but you can tell it’s the same person behind it.

Johnson said he first heard the news of Bowie’s death right after waking up on Jan. 11, when his girlfriend checked her phone.

“I could tell just by the look on her face something horrible had happened,” Johnson said. “It was such a shock to so many people, he didn’t tell anybody. The music world didn’t get a chance to say ‘I love you and we are so, so sad you’re sick.'”

Johnson, who will play a solo show at Bread Euphoria this Saturday, Jan. 16, said he plans on incorporating Bowie songs into the performance.

“I’m going to do at least one, maybe two Bowie songs in his honor,” Johnson said.

Happy to report that Colorway’s first single from The Black Sky Sequined “Come Back July” was voted in at number nine of 93 in WRSI’s “Top 93 Songs Of 2015.”

Thanks to all who voted and to WRSI for always supporting local music.