Well, we did it. We played our biggest show yet on Friday, opening for classic rock legends, Foreigner at the sold out, 1,200 seat Calvin Theater in Northampton. 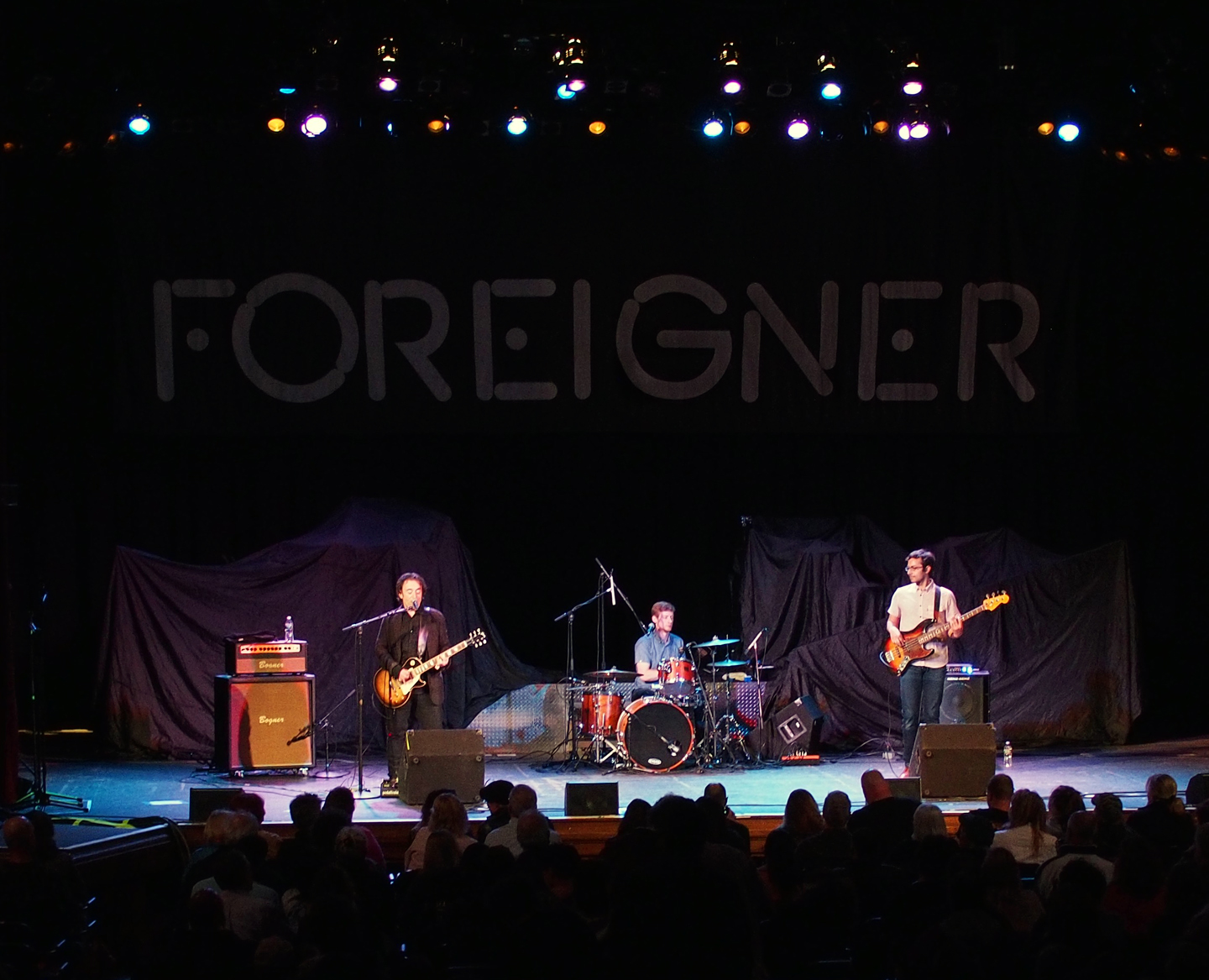 Thanks to Rick Murnane for taking such great care of my stuff and keeping my guitars tuned when I wasn’t using them to rock.

Thanks to Eric, Brendan, and all at Iron Horse Entertainment Group for adding us to the bill and treating us like rock stars. If you were there then you know the crowd was mostly in their seats and willing to listen to a band they more than likely had never heard of. And as it was they more than put up with us, it seemed like they really dug our stuff and the show we put on! So nice to see the smiling faces and hear the raucous applause.

In fact, follow this link to see a vid of “Explain” from the show and see I’m not kidding ya.

Here is a review of the show which even includes a very cool mini-review of our set by Donnie Moorhouse of the Springfield Republican/Masslive.com

Even got to meet a bit of a hero of mine in Mick Jones, Foreigner’s founder, principal songwriter and producer. Pardon the extreme lean (always been a “leaner”) but I didn’t know they were going to take a photo and I was kind of wanting to give Mick his space. 🙂 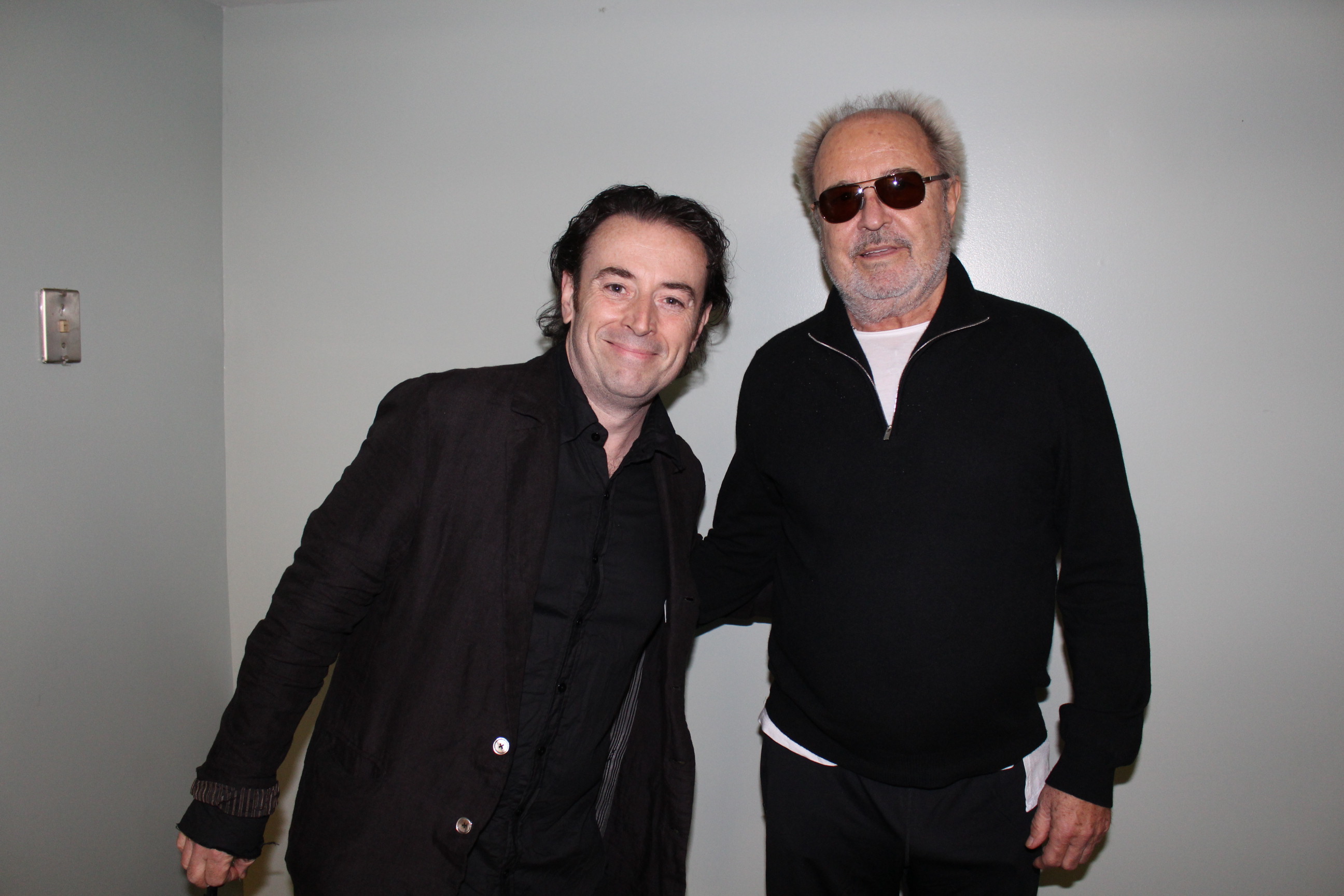 Anyway, the show went really well, I was thanked by dozens of audience member (many of whom will be receiving this email for the first time, so thank you for signing up!) and I’m hoping this is just the beginning of things to come.

Speaking of things to come, I have a solo show this coming Thursday, May 12 at Fort Hill Brewery in Easthampton. The show is free (tips appreciated) and it runs 5-7 (nice and early) so come on out and check out one of the best new breweries in the valley.

Here are the deetz:

Fort Hill Brewery is one of the areas best new places for fresh, craft beer made on premises.

From their website: Our goal is to provide the Pioneer Valley with the best traditional German-style lager for a clean, refreshing taste you’ll always come back to. All of our beers follow the German purity law of Reinheitsgebot, meaning that our beers contain only four ingredients: water, malt, hops, and yeast.

Not to mention they are the #2 thing to do in Easthampton according to Trip Advisor.

And our next and final two shows this month are both in the great state of Vermont. We start at the top and work our way down starting on Saturday, 5/14 with a show at The Skinny Pancake in Burlington, VT. Some of you may know that’s a special day for me and the band because it would have been my mom’s 75th birthday. She coined the phrase “The Black Sky Sequined” in a poem she wrote about me many moons ago. It’s also a year anniversary of our album release show. So this should be a special night.

If you have friends in the Burlington area why not share this Facebook Event with them? It would be much appreciated.

And then, on Friday, May 20 we head up a ways to Brattleboro, VT to rock Metropolis on Elliot St. Bratt is a bit of an old stomping ground as I played The Common Ground, The Mole’s Eye and other various hippie hangouts back in the 1990’s-2000’s with Soup and then Drunk Stuntmen. So I’m really hoping we can find a whole mess of people who like to see original live music again. If you know anyone in the area please share this Facebook Event with them. Both shows are free.

Well that’s about it, gang. Hope to see you at some of the shows and we’ll talk about June in a few weeks. But for all our tour dates at any time check out our site right here.

Peace, love and rock and roll,